Sometimes you take a leap of faith and take a step into the unknown, I did that on December 5, 2015!  I had never been to The Crofoot, and I’m going to be honest right now and let you know I was a bit scared, downtown Pontiac doesn’t have a reputation for being the safest place.   What I didn’t know is that the building the Crofoot is in, is home to multiple concert venues and is pretty darn cool!

I got there a bit early as I had an interview with Blaze Ya Dead Homie and found out that I definitely wasn’t the only one there early! The line was at least a block long and everyone was caring canned goods, not just one or two, but sacks full of food.   Turns out the cost to get in was a can of food.  Juggalos have a bit of a bad reputation, but I sure didn’t see it this night !

The show ran well, each performer had a half-hour or so on stage and gave it their all.   I was introduced to quite a few that I had never heard of, but became instant fans of!   Most of the nights music would be classified as Hardcore Hip Hop & Horrorcore, something I had never truly listened to before.   To me it’s a mixture of hip hop and metal, or well the love child of hip hop and metal.   It works, it really works. 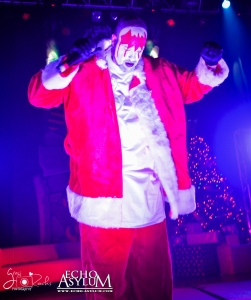 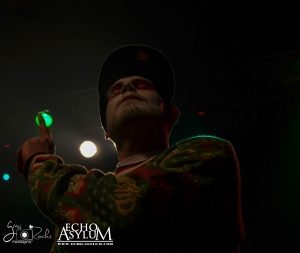 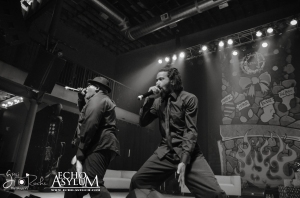 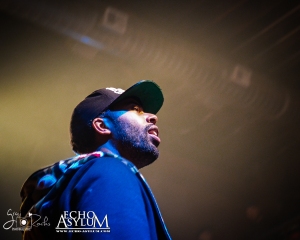 These photos were taken while I was shooting for Echo Asylum – you should also check them out !