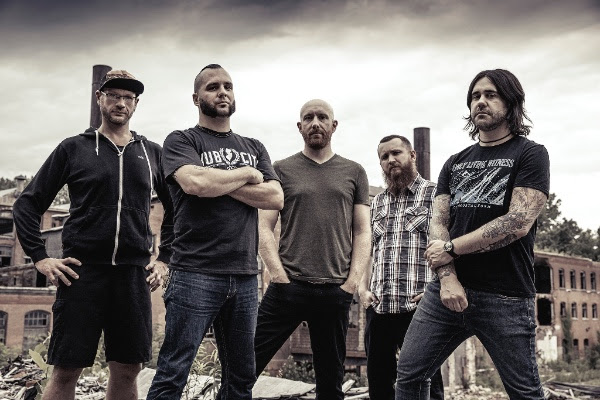 The Massachusetts-based band is considered largely responsible for the American metal and hard rock resurgence in the ’00s, leading to several gold-certified releases in their catalog. They continue to do what they do best and the fans continue to respond, as Incarnate debuted at #6 on the Billboard Top 200 chart, with 34,709 in total activity, as well as at #3 on the Current Albums Chart and at #1 on both the Rock Chart and the Hard Music Chart.

On the international front, the album debuted at #1 overall in Canada; at #5 in Australia; and at #10 in both the UK and in Germany.

These mark the band’s highest debuts ever.

“We are extremely proud of Killswitch Engage and their continued drive to reach new heights in their pioneering career. This once again proves that great rock music will always endure and fans around the world will continue to show their support,” said Dave Rath, SVP of A&R, Roadrunner Records.

Incarnate has been one of the most anticipated releases of 2016, with nodsfrom Rolling Stone, Nerdist, Alternative Press, Loudwire, Decibel, New Noise, About, All Music, and Revolver, the latter of which featured the band on the cover, posed as iconic Star Wars characters.

The band commemorated the album release with a fully sold-out, five-shows-in-six-nights New York City residency. The intimate residency saw KsE playing Gramercy Theatre, Bowery Ballroom, and the Marlin Room at Webster Hall in Manhattan and at St. Vitus and Rough Trade in Brooklyn. It was the first time the band performed at any of those venues. Watch the video recap here.

As soon as the residency wrapped, KsE headed back out on the road for a headline tour, with Memphis May Fire, 36 Crazyfists, and Toothgrinder in tow. The tour began on March 16 and wraps at the end of April.

Dates for the tour are here.